There was a pretty fair maid, in London she did dwell
She was comely fair and handsome,
Her parents loved her well.
She was wooed by lord and nobleman, but all their love was vain.
There was but one, the farmer's son, Who Mary's heart did gain.

Long time young William courted her, they fixed the wedding day.
Her parents they did give consent, but her brothers they did say,
“There is a lord who has pledged his word and him she shall not shun.
First we’ll betray and then we’ll slay the constant farmer’s son.”

There was a fair not far from town, her brothers they did say.
They asked young William’s company to spend with them the day.
But back returning home again they swore his race he had run,
And with a stake the life did take of the constant farmer’s son.

As Mary on her pillow lay she dreamed a horrid dream,
She dreamed she saw her own true love down by a purling stream.
So Mary rose, put on her clothes, to meet her love did run.
In yonder vale he is cold and pale, her constant farmer’s son.

Up speaks her eldest brother and swore it was not he,
And then up speaks the younger one and swore most bitterly.
But Mary said, “You needn’t look so red, nor try the law to shun,
For you’ve done the deed and you shall bleed for my constant farmer’s son.”

These villains confessed the murder and for the same did die.
Young Mary she did fade away, and never ceased to cry.
Her parents they did pass away, the glass of life had run.
Poor Mary sighed and then she died for her constant farmer’s son. 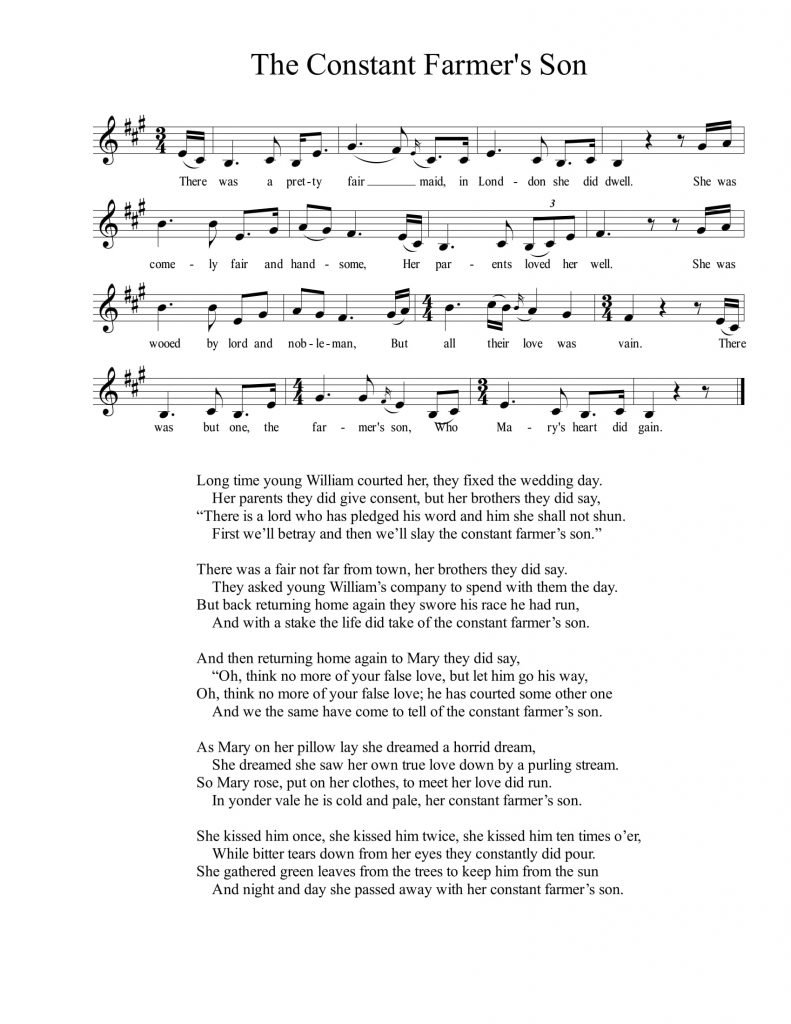 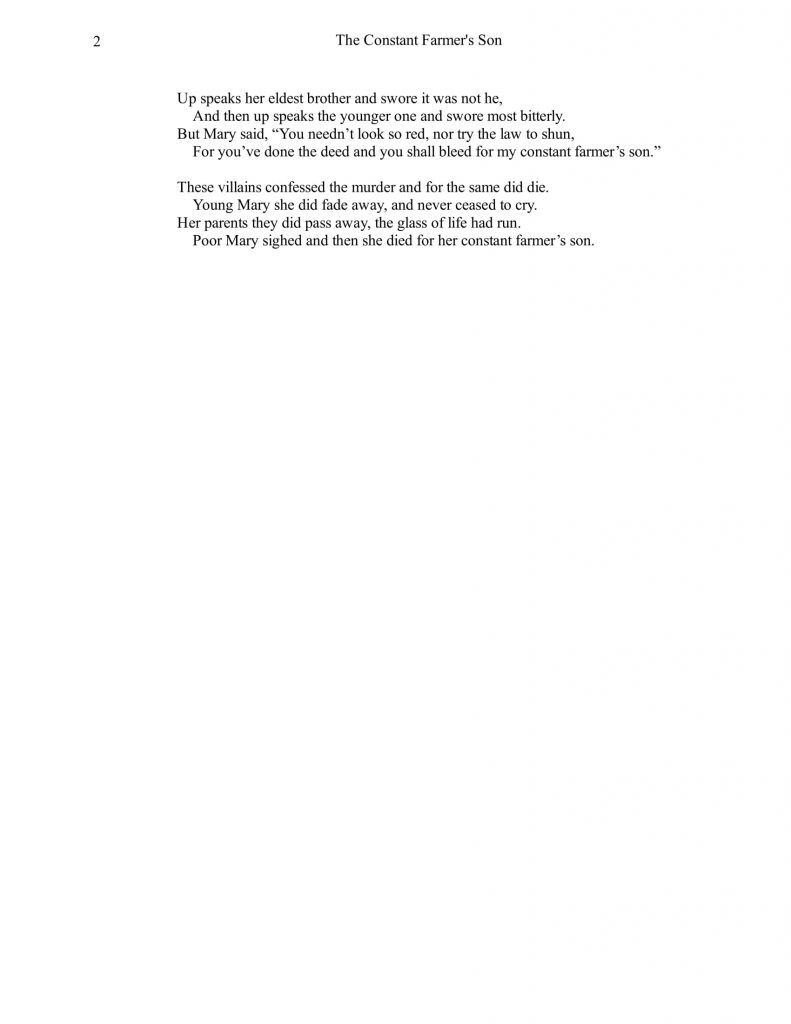