On July first in Oldbridge town
in sixteen hundred and ninety
When William did his troops array
And camped by the Boyne water.

“Brave boys” he said, “he don’t deserve
The name of Faith’s defender,
Who would not venture life and limb
To make a foe surrender.”

A bullet from the Irish came.
It grazed King William’s arm;
We thought His Majesty was slain,
But it did him little harm.

When the valiant Schomberg, he was slain,
King William thus accosted
His valiant men for to march on,
And he would be the fore-most.
“Fight on brave boys, be not dismayed,
Though you’ve lost one commander,
For God will be your King this day
And I’ll be General under.”

Come, let us all with heart and hand,
Applaud our life’s defender,
Who at the Boyne his valor showed,
And made his foes surrender. 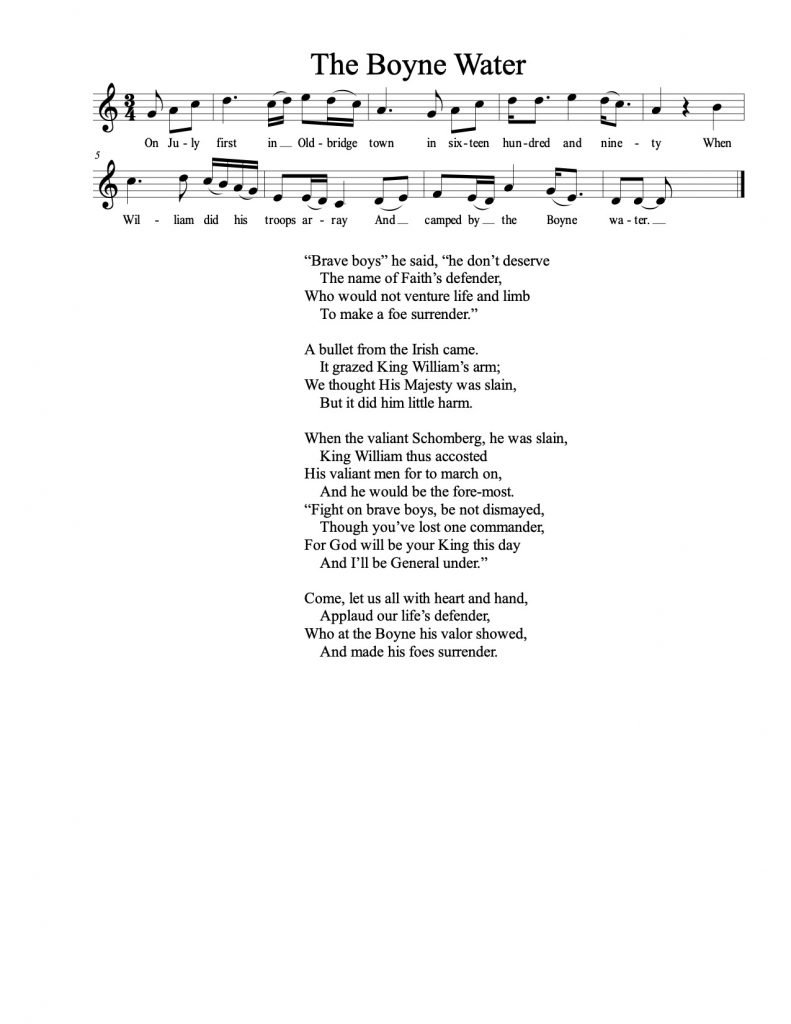