The Bay of Biscay

You gentlemen of England who live at home at ease.
it is little do you think,or know, the dangers of the seas;
When we receive our orders we are obliged to go,
Cross the main to proud Spain, let the wind blow high or low.

On the second day of August fro, Spithead we set sail,
With Ramsay in our company, blessed with a pleasant gale;
We sailed along together to the Bay of Biscay O
Where dreadful storms came on and the wind began to blow.

Then, Ramsay in our company, she could no longer stay.
It was by stress of weather, from us she bore away;
She put in to Gibraltar and she told the people so –
That she feared we were all lost in the Bay of Biscay O.

But, as Heaven provided, it was not quite so bad.
Though first we lost our main mast, and with it went our flag;
And then we lost our mizzin [sic] mast , six of our guns also,
And of men we lost ten, in the Bay of Biscay O.

But as yet we had not perceived this melancholy stroke,
For in the side of our good ship, there was a great hole broke;
Which caused our gun room with water for to flow
There we rolled and we tolled in the Bay of Biscay O. 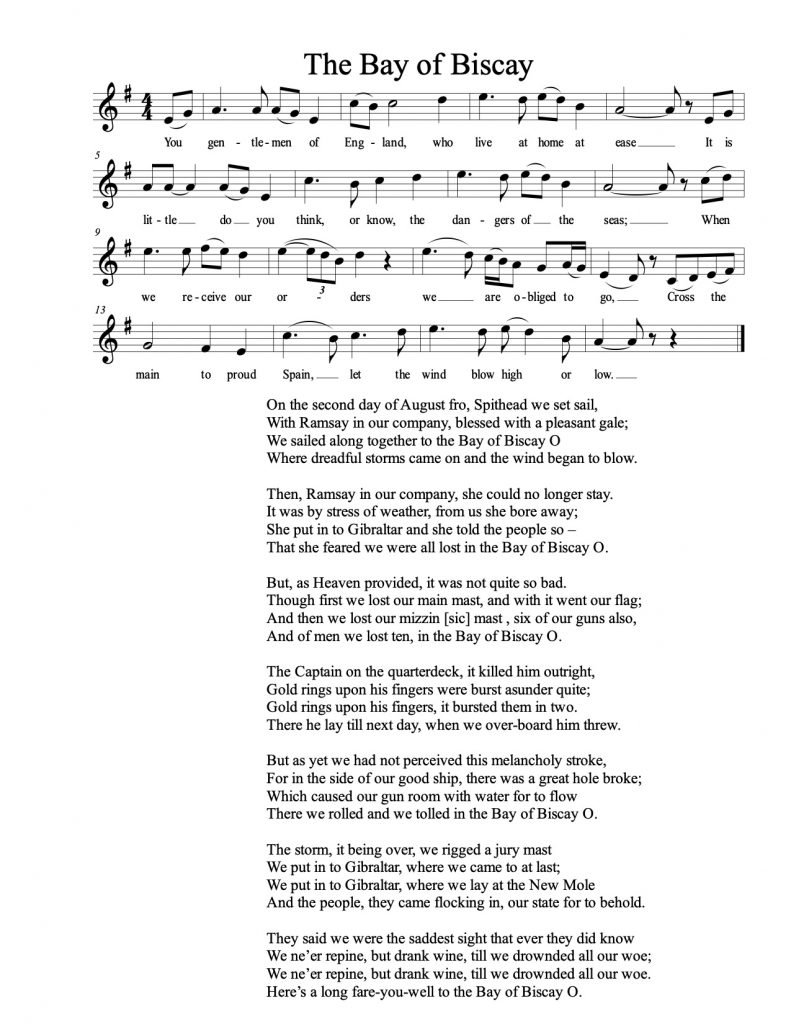