(Sung to the tune "Wearing of the Green")

Note: My father said that the brave mouse referred to a spy whom the king had sent out to spy on the Catholics.

My grandfather knew a great many songs and I have heard my mother tell a story about his young days, while his father was still alive. My great-grandfather Long came from Ireland to Nova Scotia when he was a boy. He was a Catholic, though he married a Protestant. The children were all brought up Protestants.

One time when my great-grandfather was lame and could only hobble around with a cane some young people came in the evening, and as they were in the kitchen with the door shut they did not think they could possibly disturb him. The young people were very anxious for grandfather to sing a faction song. Grandfather knew it would displease his father and did not want to sing it, but they all thought his father could not hear it, so grandfather allowed himself to be persuaded.

The old-fashioned chairs were handmade, good and strong, and a man who was singing a song almost invariably tilted his chair back against the wall on its hind legs, leaned his head against the wall and closed his eyes. My grandfather had tilted his chair against the wall near an open window which they all had forgotten. His father heard him, crept as softly as possible through the front door and around the house to the open kitchen window. Here he braced himself and, before anyone realized that he was there, he reached through the window with his cane and hit my grandfather over the head. As mother always told it, “He laid his head open and he carried the scar to his grave.” 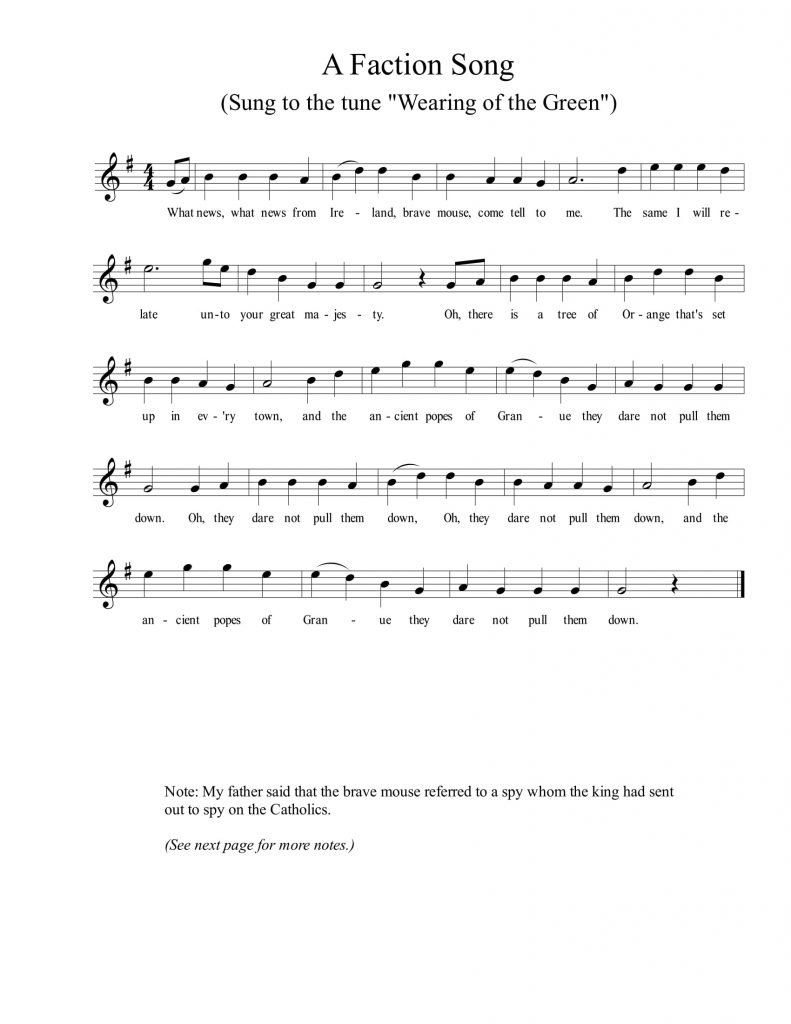 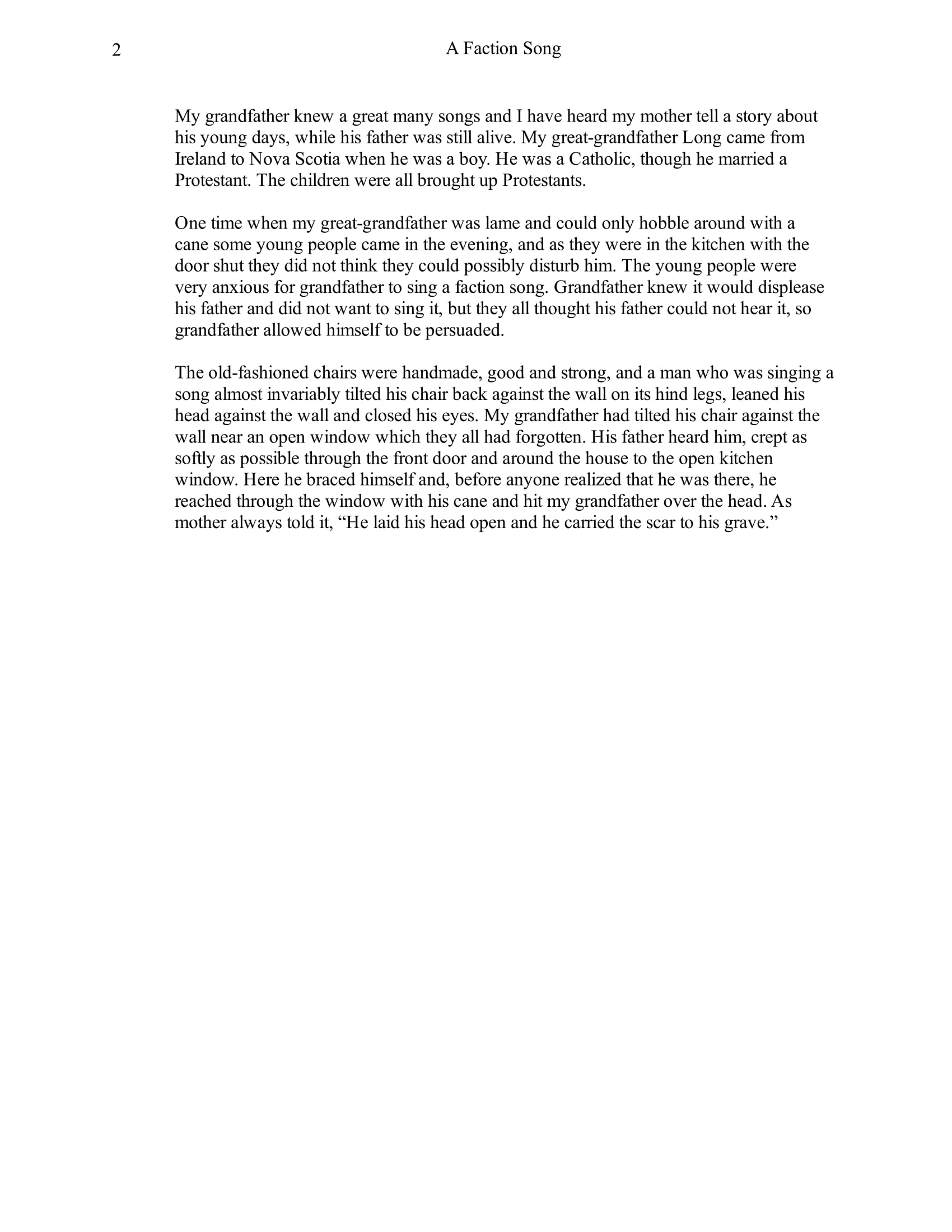